A report by the Powering Peace organization states UN missions in the Democratic Republic of Congo could reduce expense and pollution by using off-grid solar to power operations instead of diesel generators. Adding a 200 kW solar system with 200 kW/450 kWh of energy storage would reduce diesel consumption 80% for 10-year savings of almost $2.6 million, states the group. 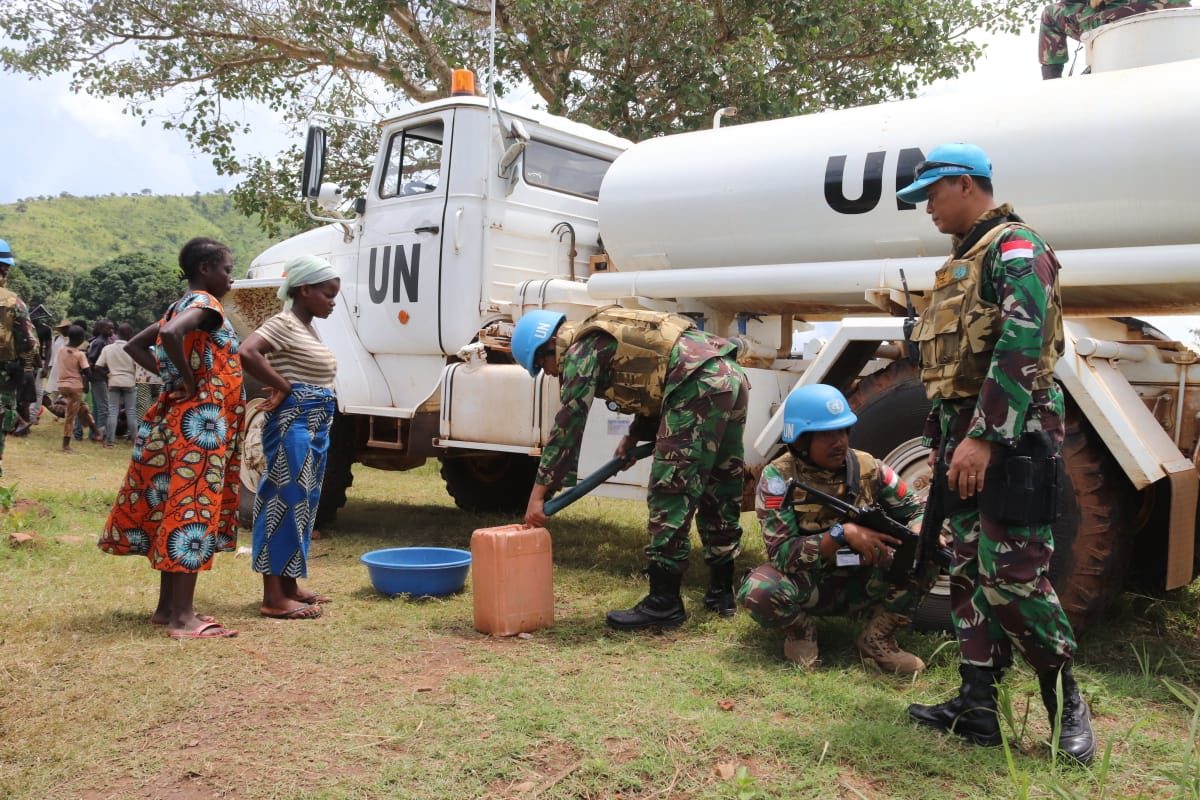 The UN mission in DR Congo could benefit from solar and help local businesses.

Off-grid renewables could help the United Nations peacekeeping force in the Democratic Republic of the Congo improve its electricity supply and reduce dependence on diesel.

That was the chief finding of the Renewable Energy and UN Peacekeeping, Untapped Potential in the Democratic Republic of Congo report published by Powering Peace, a joint research initiative of U.S. start-up Energy Peace Partners and nonpartisan policy research body The Stimson Center.

The UN is active in DR Congo through its Mission de l'Organisation des Nations unies pour la stabilisation en République démocratique du Congo (MONUSCO) missions, with 20,000 staff and an annual budget of more than $1 billion. Around a third of the mission’s 46.5 GWh of electricity consumption is met by utility SNEL with the balance coming from diesel generators.

A 650 kW, grid-connected solar plant at the UN base in Goma – headquarters for the organization’s operations in the east of the vast nation – is already powering the mission’s national air navigation service as well as solar security lighting and field office water heaters. “There are no batteries to store the energy generated by the panels but during daylight hours the system is usually capable of supplying more than the hospital’s energy needs,” the authors of the Powering Peace study wrote.

However, most of the MONUSCO military bases are powered by old, inefficient and highly polluting diesel generators. “To date, neither the United Nations’ overall goal to use more renewable energy nor its specific call in 2017 for more efficient generators (including hybrid solar generators) has been reflected in the headquarters-based process of recruiting and organizing TCC [troop-contributing country] and PCC [police-contributing country] contingents,” the report stated.

Off-grid PV could reduce noise, fuel consumption and carbon emissions at the sites as well as expenditure on fuel and its transportation, generator maintenance and spare parts. Solar could also offer a cheaper alternative despite the difficulty of 12-month budget cycles for the mission.

The UN could engage regional solar companies through the energy-as-a-service solar leasing model, stated the report. “Adding a 200 kW solar system with 200 kW/450 kWh of batteries would reduce diesel usage for electricity generation by 80%, with a payback period of less than four years and 10-year savings of nearly $2.6 million,” the paper’s authors calculated.

The economic analysis for solar-plus-storage systems assumed a cost of $2.10 per watt installed for the PV and $0.91 per kWh for storage.

The study said local company Kivu Green Energy installed the country’s first, 55 kW solar mini-grid in Beni in North Kivu in 2017, and is building a 1.3 MW version in Goma that is set to be operational next month. The study also cited London-based off-grid solar system supplier Bboxx which, with telecommunications company Orange, sells and services solar kits to households and small businesses and counts 3,500 customers in Goma and 5,000 in Kinshasa. The report added another firm, Altech, claims have sold 120,000 solar lights and 30,000 solar kits across the DRC over the past five years.

The challenges posed by the high upfront cost of buying and deploying PV could be addressed with flexible financing, stated the study, or by creating a dedicated United Nations fund.

Expanding UN mission use of off-grid solar, the report stated, would help local solar companies and could bring economies of scale which could be passed on to Congolese consumers. “The positive local impacts could be multiplied further through additional training and capacity-building programs to help build the Congolese renewable energy sector,” the report added.

According to the paper, DR Congo has one of the world’s poorest rates of access to electricity, with only 19% of its 80 million inhabitants receiving power and that rate falling to near zero in rural areas. There is no national grid, with utility SNEL operating networks in the west, south and east of the country.

SNEL owns 36 thermal and 14 hydroelectric power plants with a combined generation capacity of 2.59 GW – around 94% of the country’s total generation capacity, with the remainder coming from mini-grids operated by the power company and private entities.

The three SNEL grids also have limited reach, with less than 5,000km of medium-voltage power lines and just over 12,000km of low voltage network.