US scientists have discovered a lead-free perovskite material with ferroelectric properties that can be used in solar cells. The perovskite compound was grown from cesium germanium tribromide and initial analysis shows that it produces ferroelectricity. 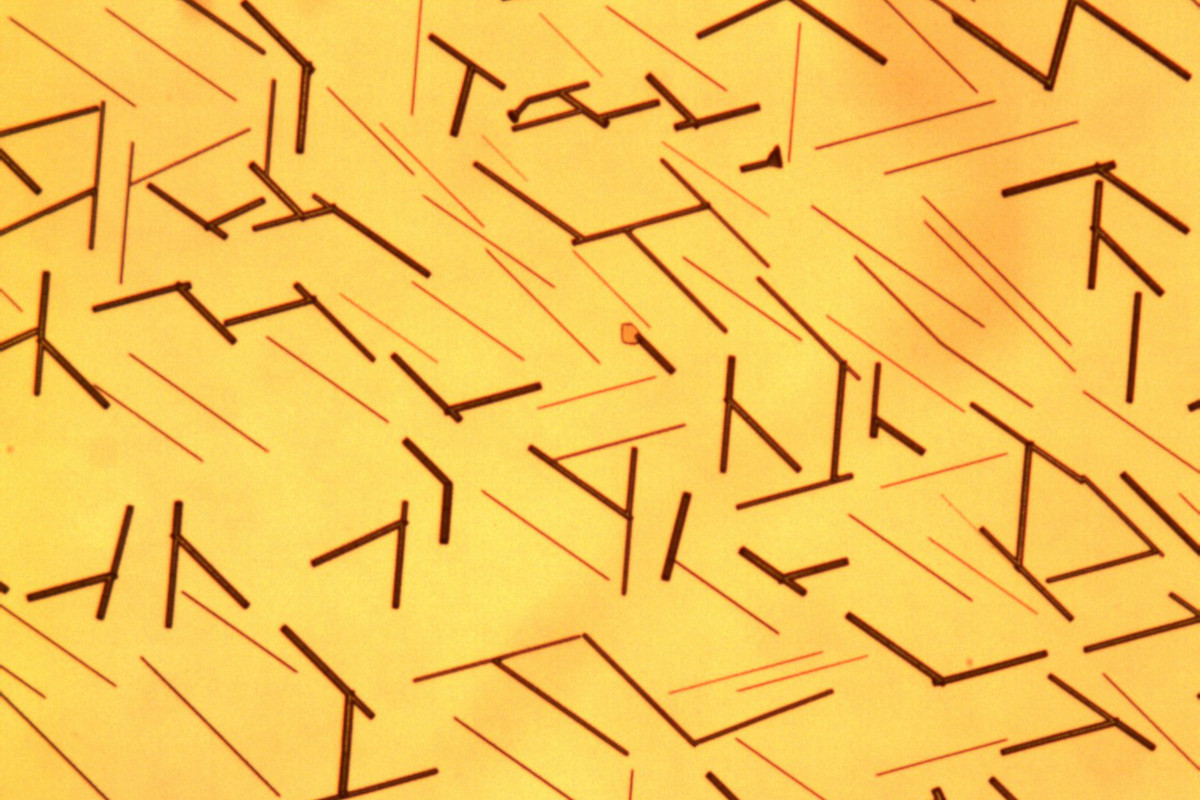 Light microscopy image of nanowires, 100 to 1,000 nanometers in diameter, grown from cesium germanium tribromide (CGB) on a mica substrate

Scientists at the US Department of Energy's Lawrence Berkeley National Laboratory have developed a  perovskite-structured ferroelectric compound that might be suitable for the production of lead-free perovskite photovoltaic cells.

“The new ferroelectric material – which is grown in the lab from cesium germanium tribromide (CsGeBr3 or CGB) – opens the door to an easier approach to making solar cell devices,” they said. “Unlike conventional solar materials, CGB crystals are inherently polarized, where one side of the crystal builds up positive charges and the other side builds up negative charges, no doping required.”

This lead-free solar material can harvest solar energy and has a spontaneously formed electric field, the academics noted.

“Most perovskite solar materials are not ferroelectric because their crystalline atomic structure is symmetrical, like a snowflake,” they said, adding that previous research had shown that embedding a germanium atom in a perovskite could theoretically distort its crystallinity just enough to engender ferroelectricity.

They grew tiny single-crystalline CGB-based nanowires with diameters of 100 nanometers to 1,000 nanometers. They also developed nanoplates that were around 200 nanometers to 600 nanometers thick and 10 microns wide, with exceptional control and precision. The group then analyzed the material through electron microscopy and found that CGB's light absorption properties are tunable.

“We anticipate that this study will open a pathway for further exploration into this class of semiconducting ferroelectric materials and trigger new possibilities in developing previously underexplored multifunctional materials such as photoferroelectrics,” they concluded.