New York’s winter solar duck curve is on the way

A site origination exercise and load analysis by Cornell University suggests 9 GW of solar will reduce peak demand in New York by nearly 10%. However it also found solar needs better capacity valuations to make for a stronger market, and will drive a winter time duck curve during a season of lower electric demand.

Researchers working on a site optimization tool have considered how to manage flatter electricity demand during winter daytime peaks.

New York state has its own Green New Deal that is soliciting 1.5 TWh of solar and wind as well $280 million in energy storage. As we know, the sun shines in the daytime, leading to “duck curves” in California, and more recently New England. Now comes the challenge of how to manage that excess solar electricity, that manna from heaven.

In their Strategic planning for utility scale solar photovoltaic development – Historical peak events revisited paper, researchers at Cornell University modeled scenarios with 4.5 GWac, 6GWac and 9 GWac of installed solar in New York state with a goal of generating a GIS-based siting approach for solar projects with a generation capacity of 2 MWac or more. The model used parcel-level filtering based on population and resource ranking, accounted for temporal generation, and estimated the locational impact on peak load and ramping requirements during days with high electric demand. The tool was intended to assess valuation methods for installed solar and offer support to system designers seeking to optimize deployment.

The modeling suggested the 678 highest-ranked sites could fulfill the 4.5 GW capacity scenario, while the 6 GW and 9 GW hypotheses needed 920 and 1,320 sites, respectively. 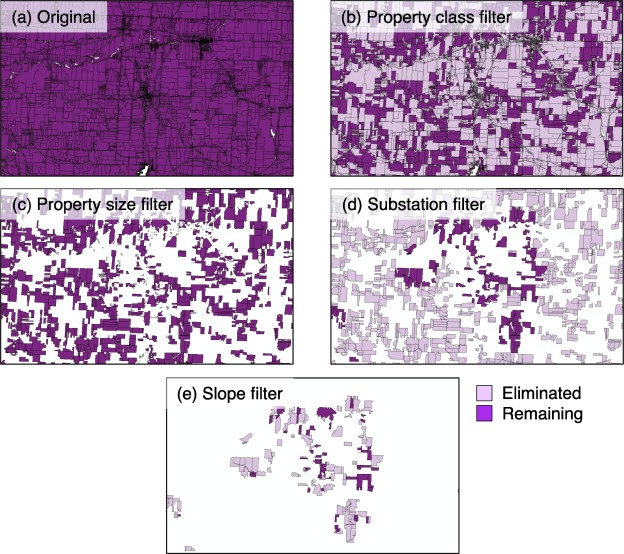 The research suggested, across New York state a wealth of low-value land exists to support utility scale PV, and generation from such resources could reduce peak demand by up to 9.6% under the 9 GW scenario. In addition, peak demand reduction displayed locational and temporal dependency. Data from previous years showed a solar farm could meet 10-74% of local demand during the peak hour on hot summer days, when electricity demand is at its highest.

However, during winter the demand curve flattens in the daytime (see below), and regional ramping requirements may increase by up to 151% during sunny winter days. That doesn’t occur during summer because the demand curve drives upward much greater due to air conditioning usage, and solar volumes have a lesser effect. 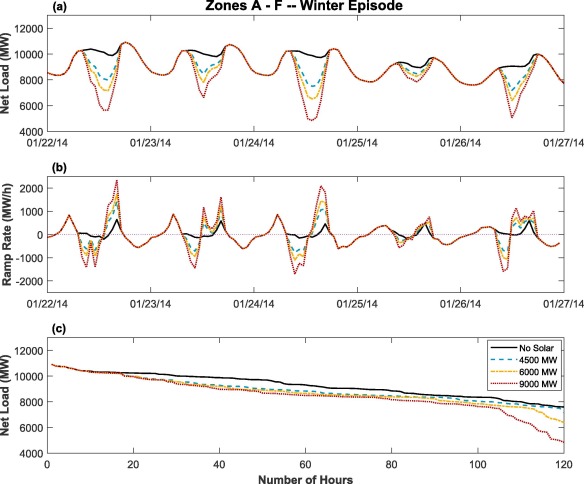 The researchers found that because developers cannot predict performance during the annual system peak, current capacity valuation methodologies for solar projects may not be adequate enough to promote a healthy, competitive market for solar. Incorporating a broader spectrum of peak demand conditions into variable resource capacity valuation would improve strategic planning across growing solar markets worldwide, found the Cornell group.

New York has recently transitioned away from net metering to the Value of Distributed Energy Resources (VDER) framework, which seeks to encompass locational, temporal, and environmental values provided by such resources. The rollout has been rough, and has required tweaks. In the context of those continuing deliberations, the results of the Cornell study were shaped to support the actions of state regulators.